The cosmopolitan beach area, a short walk from Sofia Studios to the port of Skiathos, is a small paradise for our guests, giving a pleasant daily opportunity to enjoy and feel the rythm of the island! 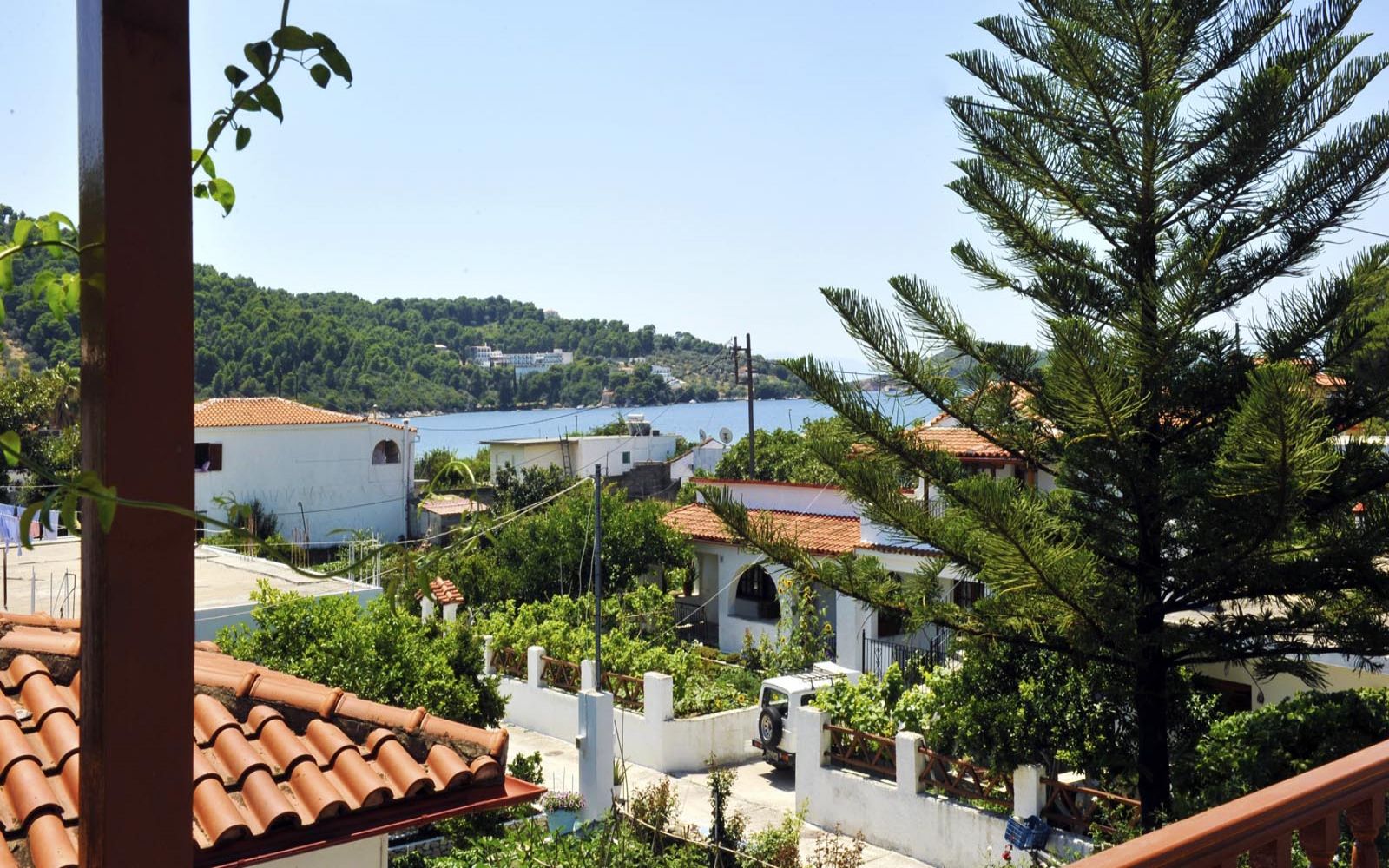 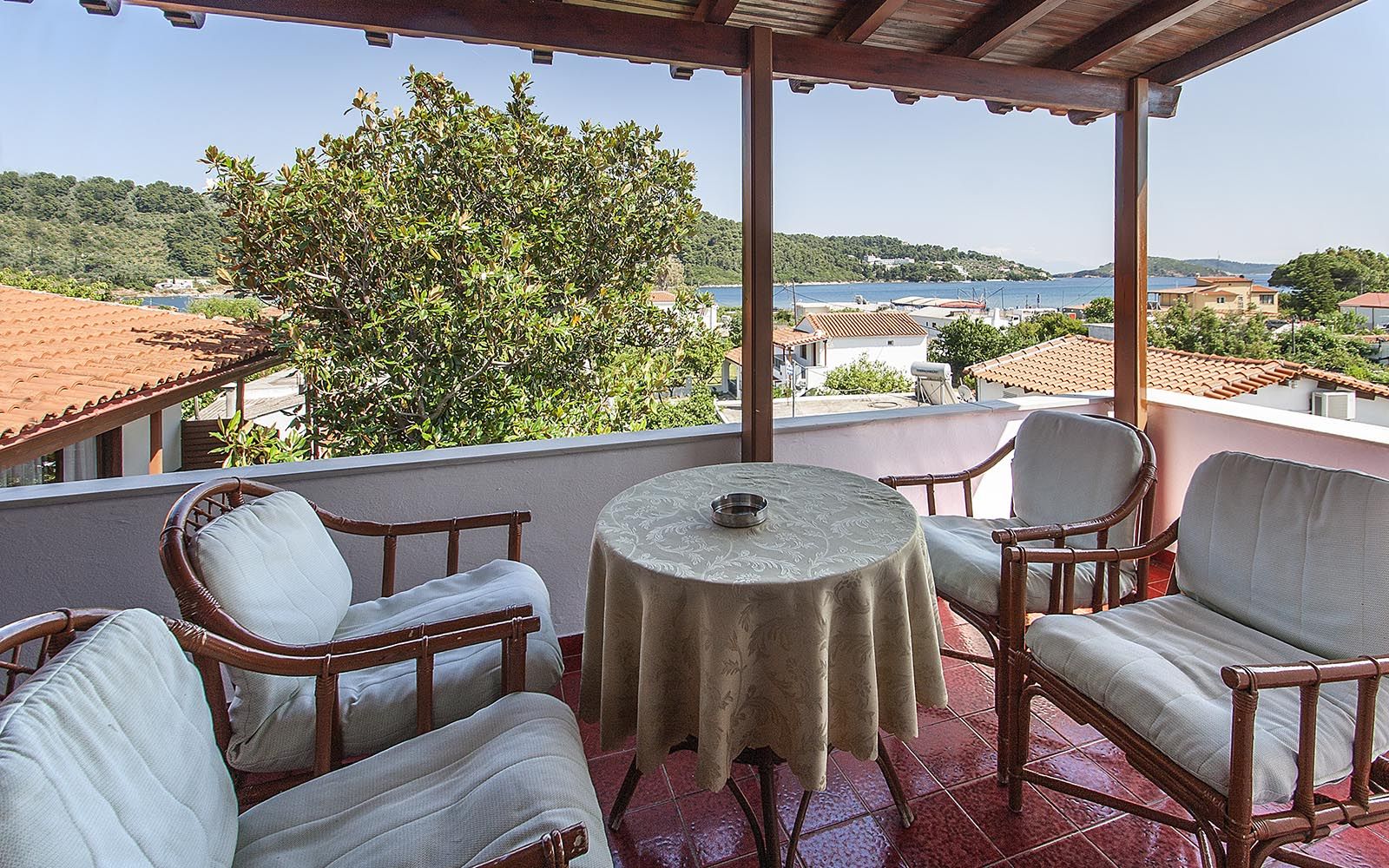 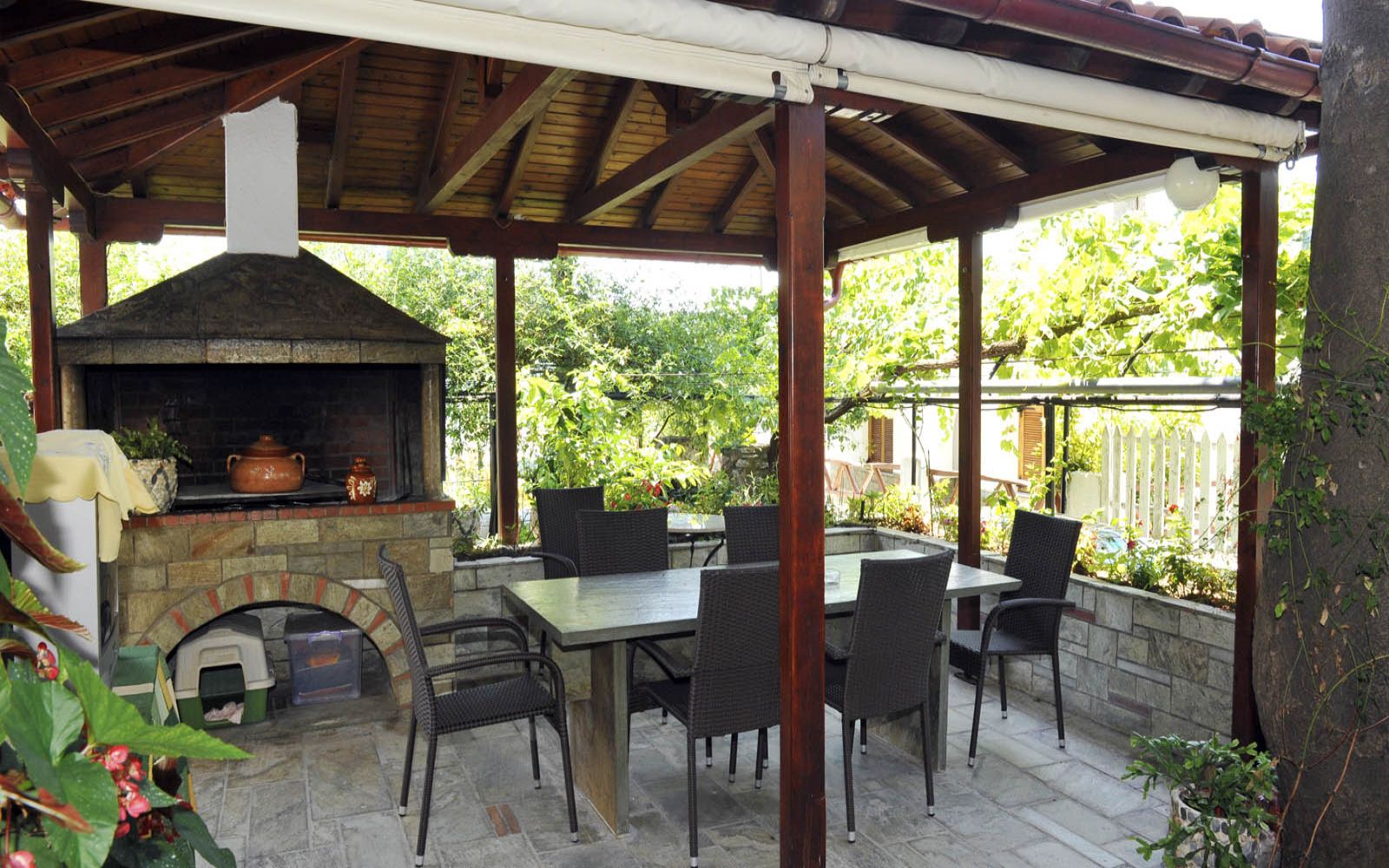 It is located 8 km from the town of Skiathos, on the way you pass through a wonderful pine forest. Founded in the 17th century, it is dedicated to the Presentation of Virgin Mary (21 November) is the holy celebration.Next to the Church of the Virgin Mary there is the area called Pefkos tis Panagias (Pine of the Virgin). Folk tradition mentions that the icon of the Virgin Mary was found in the difficult period of Turkocracy, when the priest-monk Symeon, a monk in a Monastery, saw a light shining in the woods one night. He tried many times to go towards the light, but each time the light would vanish. After prayer and fasting he went back to the forest and in the end found the Icon of the Virgin Mary hanging and swinging (Kounistra) from a tall pine tree. A young priest from the pastorate of the Castle managed to get it down.The monastery was built at the place of the finding in 1655, and it was called kounistra either because the icon was swinging on the tree, or because of the name the area had adopted because the trees would often sway in the wind. Another possible explanation is that the icon was found hanging in the tree and it shone like a star, so it was called ikon astria (corrupted to Konistria) Due to the constant pirate raids, the monastery is fortified with embrasures. In 1726 the church was renovated and in 1806 it became Stavropigiako. In the years of the protectorate, it was dissolved, but in 1841 monk Dionyssios renovated it fully. It is a single-aisle Basilica with a dome. Internally, the exceptional hagiographies are from two different periods, 1741 and 1805. The temple is a wooden gold-gilded carving. The Holy Virgin Eikonistria or Kounistra is the patron saint of the island and is celebrated grandly on the Presentation of Holy Mary (21 November). Each year, on the day of the celebration, people gather at the monastery on the eve and spend the night in the courtyard, around blazing fires. On the day of the celebration the icon goes on a round and a procession from the town to the monastery. A procession also takes place on the celebration of the finding of the icon, on the Sunday between 2 and 8 July. The icon was kept in the monastery but now it is in the Metropolitan Church of the Three Hierarchs on Skiathos.